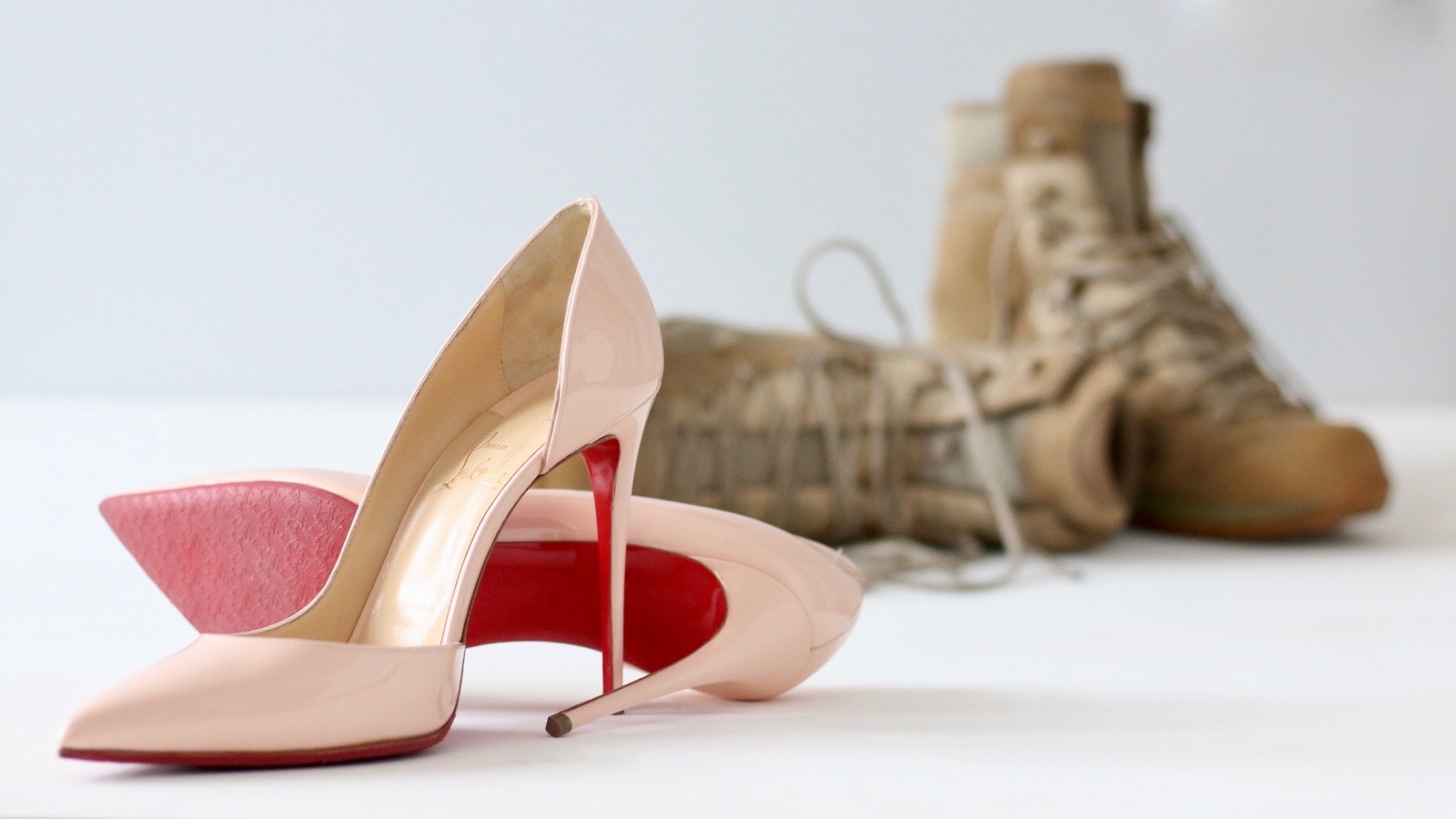 I’m a military wife. I’m a proud military wife. I am proud of my husband and in constant awe of the sacrifice that he is willing to make for his country, for freedom and for the lifestyle that each and every one of us enjoy here in Australia. I’m also proud to be part of the Australian Defence Force community. To be a wife, a husband, a partner, a mother, a father, a sister or a brother of a serving member or veteran is tough! There you go, I said it! I think that is the first time I have sat here and admitted to myself how challenging it can be being the wife of a serving member of the Australian Defence Force (ADF).

I started dating my husband in January 2012, by March he had deployed to Afghanistan, or ‘the sandpit’ as we lovingly called it. The start of an eight month tour with a two week break in the middle. It was baptism by fire for me as it was the first time in my life I had really been faced with someone I loved being so far away from me let alone in a war zone. Contact was intermittent, I could hear his voice on the phone and occasionally I would receive photos in the mail. What was challenging was I had never been there, I had never seen it or smelt it. I had never experienced the environment where he was or had an understanding of what he was doing, so I found it difficult to reconcile all of this in my mind. I was yet to learn the rank structure, the jargon and processes of the ADF. I felt nervous and out of control and I was franticly reaching for my seatbelt. But this is story for another time.

My darling took two weeks leave in the July. We are both scuba diving instructors so a week long dive trip to the Ribbon Reef in North Queensland was the equivalent of Nirvana for divers. It was the best solution for someone coming out of 48 degree heat of the desert. To go south to the snow would have been too stressful for his body, a small thing for most but a factor I had not considered at all. Nor had I thought about the reality of where he had been and what he may have seen. I was so ignorant to that aspect and the impact that may have had on him. I just blindly went about my normal routine, plugging him back in to my life like he had just been down to the shops to buy milk.

The two weeks came and passed and back he went again. The first 4 months went by and although it seemed to me to take forever, I had a new job and plenty to keep me busy. The last four months however dragged on like a nightmare that wouldn’t end. It did though and Bruce returned home in the November. The first night he returned home, like a good dad, he took his daughter to work at the local shopping mall and walked her into her workplace to ensure she got there safely. At the time I thought that was his gallant nature and didn’t for a moment consider that the sandpit had influenced he decision to make sure she was safe. I remember him telling me that he found it a little difficult to find his way out of the mall and that the large number of people shopping that night had made him feel uncomfortable. I blindly dismissed it as being ‘out of the loop’ for a few months. After all, shopping centre layouts change all the time, eight months away from Stockland and even I’d be confused!!

Hell, I didn’t want to start a new adventure either!!

We received his next posting order the week he got back from the sandpit. We had both lived in Townsville for years before meeting and were now heading to Canberra. Ten months into our relationship we were moving 3,000 kilometres south to a new world. We didn’t know anyone there and the idea of leaving our two daughters behind was heart breaking. Both of the girls had decided to stay in Townsville, what with jobs and boyfriends, neither wanted to join us to start our new adventure. Hell! I didn’t want to start a new adventure either!! I realised that life as a defence wife wasn’t going to be easy but 2012 had handed me my butt on plate!

We moved to Canberra in January 2013 and for the next five months I tirelessly applied for job after job. I didn’t know anyone and before I knew it, I felt like our Dalmatian Hefner was my best friend (the stories he could tell if he could talk). I found it difficult to find anyone to talk to, I remember thinking, “Geez, this place was tough, not even the wives at the Sergeants Mess weren’t recruiting friends!!!!”

Bruce studied for his degree while working through his posting. I found a job, worked fulltime and studied an MBA full time too. I was always passionate about the military and supporting veteran’s causes and as a result, I focused my Master’s thesis on researching military transition processes and the effects of transition on veterans. The outcome was a theoretical framework to successfully transition wounded, ill and injured Infantry soldiers back into civilian life, post medical discharge.

It was during this research and critical literature review that I began to understand the experiences that are hidden deep within the layers of those that serve. The potential identity crisis faced when leaving the military to join a civilian community many have not really been a part of since they joined the military as young men and women, fresh out of school or university.

Think about it, it makes perfect sense really. You leave your family, your home, your friends and your join and organisation that provides for you, thinks for you, tells you what to do. You just need to follow your orders and keep your head down and as long as you do that, you’ll be ok right? No, not always. For some perhaps, but not everyone.

“What about me? What about us, the silent support army?”

I finished my research, submitted my thesis, finished my Master’s and went off to Boston to attend a Woman in Leadership program at Harvard. This all got me to thinking, what about me? What about us, the silent support army? The thousands of people who serve without the uniform and without the medals, but the honour of enduring endless fear of losing a loved one or welcoming home someone who just isn’t the same anymore. How do we cope, who’s looking out for us and who really cares?

I’m one of the lucky ones really. I got my husband back, but along the way I learned to recognise the signs. The stresses that are just not good for either of us. Seeking to understand how the military trains their personnel has helped me to support my husband in his life when he is not in uniform. Little things like being aware of your surroundings and always walking on the outside of a crowd are helpful. When shopping for groceries and he is faced with twelve different types of canned pineapple, I always tell my darling to choose Australian, it’s a hint to make things easier.

We continue to face the challenges that life throws at us. It’s not easy, but our relationship strengthens though adversity. I have accepted that I serve too. After all, this is a partnership. We’re in it together.

4 Replies to “The Silent Support Army; A Series About My Life As War Veteran’s Wife.”