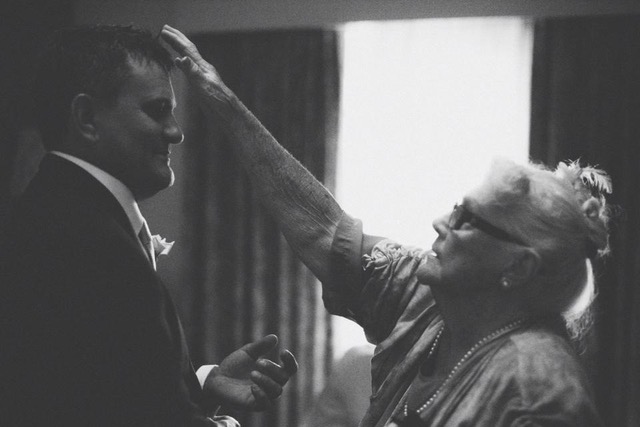 The Silent Support Army; A Series about my life as a War Veteran’s Wife

I’ve not really been in the frame of mind to write recently. To be honest with you, I feel like I have had the Queen’s ‘Annus Horribilis’, not in 12 months, but in a matter of weeks. Now I’m not usually one to air the details of our personal lives either on social media or on my blog but rather I enjoy sharing with you, the lessons I learn and little revelations I pick up from these experiences. I had prepared a post to share with you a few days ago while I was sitting in a hospital room listening to the constant hum of ventilators and the intermittent beep of monitors helping my beautiful mother in law recover from a heart attack but somehow that post never got finished and I find myself surrounded by a new circumstance more worthy of sharing with you.

She was a veteran of the Korean War

Over the past two weeks my mobile has never strayed far from my hand. We never missed a moment to record her voice and watch her come alive as she told stories of her past. She was a veteran of the Korean War, an army nurse who medevac’d our soldiers out of Korea to Japan where she would care for them until they were well enough to either go back into the theatre of war or were sent home. We would watch her eyes dance as she recounted those days, of teaching drill to nurses for the Queen’s Coronation or of the grandson of Charles Dickens who had fallen madly in love with her only to be heart broken when she rejected his advances. Sadly, my mother in law passed away on Sunday and as my darling and I began the heartbreaking process of packing away her belongings, I started to think about life, the people we meet and how they shape the way we look at things.

I whole-heartedly believe that, when we are born, we are born as rough, uncut stones and the people that we meet and the experiences we share with them, ultimately polish the facets of our stone, making us the diamonds that we become. This philosophy has never become more prevalent than it did over the past few days. Now, this fabulously, dynamic woman I was privileged to call my mum in law for the past four years liked to collect ‘stuff’. Her little apartment was over flowing with books and craft things, photos and paper work and when the bulk of the sorting and categorising was done, my love and I would sit on the floor and poor over the photographs that were accompanied by letters from Japanese assistants during the war, to a British Pilot who was so badly burned he had to return home to England to have surgery to replace his eyelids. He sent a letter to her after the war with a photo enclosed of him before he was burnt to plead his case that he really was good looking before his plane crash and whilst the story itself was devastating, it made us chuckle as we could only imagine the ribbing and banter that must have taken place between the two of them while he recovered from his injuries.

An extraordinary life of an ordinary woman

I have watched my love evolve his mother’s story in his mind, who she was, where she’d been and the people who had impacted on her life and the lives who in turn she had set on fire. You see, no one was immune to the impact of an encounter with her, whether your meeting were for but a fleeting second or a lifetime. Once she was under your skin she was there to stay. I have read the letters, I have seen the photographs, I have listened to her stories and I have tried to find a commonality in all of it. It was an extraordinary life of an ordinary woman. Which lead me to wonder, how well do we ever know someone?

We can all learn about someone, what their favour things are, where they went to school, who they shared their first kiss with, but how often do we spend the time to truly understand a person, what matters to them, what drives their passions and how each of their life experiences have shaped the way they interact or react to life.

What I know is this, my beautiful mother in law, in her final days continued to do unselfish deeds. One of those was to teach me more about myself. The true meaning of stopping to smell the flowers, that it’s ok to take the time to not only know people but understand them and if someone is willing to let you understand them, be there, be right there in the moment with them, for them and for you.

We Love You, Rest In Peace Margaret 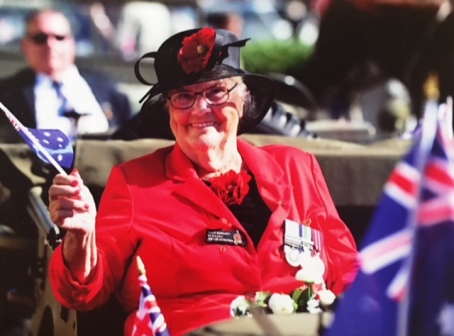 6 Replies to “How Well Do You Ever Really Know Someone? – The Silent Support Army; A Series about my life as a War Veteran’s Wife”